Mens open division continues to be a back-and-forth affair 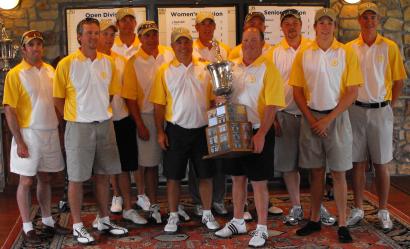 The Colorado Cup matches, featuring some of the state’s top amateur golfers squaring off against their professional counterparts, were played this week for the 40th time. As usual, there were plenty of perspectives on how to view this annual competition.

A fun, friendly golf event. A quest for victory or bragging rights. A chance to playfully needle opponents. An opportunity for revenge. On-the-course camaraderie between amateurs and pros. All these things and more can come into play.

With all that at work, it’s not surprising how even the matches have been over the last decade. On Thursday at The Golf Club at Bear Dance in Larkspur, the winners in the three divisions were the amateur men’s open-competition players (top photo), the professional men’s senior players (below) and the amateur women’s players (also below).

That continues a back-and-forth trend in the matches. There’s been just one “sweep” of the two or three divisions by the pros or the amateurs in the last nine years. The pros won both of the men’s divisions in 2007, when the women didn’t compete.

“It’s always a challenge,” Dave Arbuckle of Colorado Springs said after going 2-0 in four-ball and singles matches to lead the Colorado PGA senior pros to a 12-6 victory. “You could say yes, there’s bragging rights, but I think everyone has so much respect here. It’s a fun event.”

The CGA amateurs defeated the professionals 11-7 in the men’s open division. The amateurs and pros have alternated open-division titles since 2005 and the pros lead the all-time series 27-11, with two ties. Amateurs Joe Schwark, Alex Buecking and Chris Carlson went 2-0 in Wednesday four-ball and Thursday singles matches.

In the men’s senior division, the pros won for the fifth straight year, but the amateurs still lead the all-time series 14-12, with two ties. Professionals Arbuckle, Rick Cole, Perry Holmes, Barry Jennings, Ken Krieger and Gregg Jones all won both of their matches.

The CWGA amateurs routed the pros in the women’s division 7.5-0.5, marking their sixth win in as many matchups with the professionals. Sisters Chelsey and Brooke Collins, along with Susan Jennings, went 2-0 for the amateur team.

You get the idea.

“It’s more about camaraderie than anything else,” men’s open division amateur captain Dean Clapp said of the matches. “Of course we like to give each other the business. It’s always good to come out on top, but if we lose, so be it. Everybody tries hard and guys pick who they want to play against and revenge matches and stuff like that. We always want to win, but it’s more about having fun.”

The women’s matches have tended to be lopsided in favor of the amateurs. Not only have the amateurs won all six meetings, but the closest margin of victory has been four points.

“It’s exciting,” said Chelsey Collins, the 2009 CWGA Match Play champion. “A win is a win no matter how you look at it. The pros this year were playing really well. They were draining birdies, so we had to work for it.”

For Arbuckle, who two weeks ago competed in the Senior PGA Championship at Colorado Golf Club, this was definitely a change of pace, but there was no doubt he wanted to win. As the Colorado PGA’s senior division captain three of the last four years -- because of him being the Section’s Senior Player of the Year -- he wanted to continue the pros’ win streak in the senior division. Arbuckle did his part, including defeating the CGA’s top senior player, Robert Polk, 5 and 3 in Thursday’s singles.

“For me as the captain, I take it pretty serious.” said Arbuckle, the 2007 HealthOne Colorado Senior Open champion. “The last four years, since I’ve been captain, we’re going to try our hardest to win.” 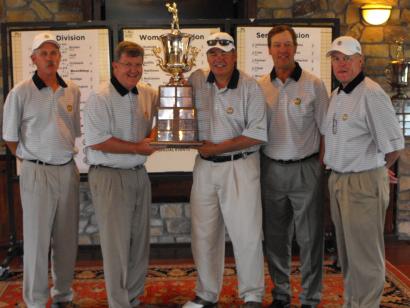 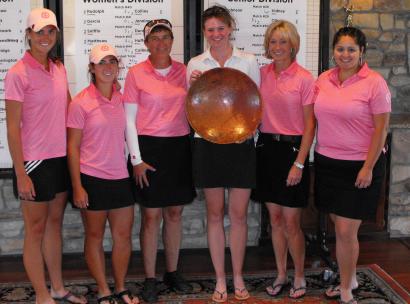